Top
Best part of waking up is…
room service rolling in breakfast! I did not want to get up sooner than I had to, so one phone call and a 15 min wait…breakfast was served! Beverly Hills Marriot hooked it up, pretty tasty I almost took my whole plate down to china town.

Universal Studios here we come! The last time I was there I was maybe like 10 years old. My Tios (Uncles) build sets and all that cool stuff so I got hooked up hehe. We are ready to walk our feet off! I dont know what is with the California heat but it was one of the hottest days Ive ever experienced. I was strapped with my sunblock spray and my rainbows on my feet. It was gonna be a LONG fun day. I always wear tube tops if I am going to be in the sun for more than an hour. I hate crazy tan lines!

The first ride we went on was the Simpsons roller coaster simulator. Basically you are strapped in a cart that moves a long with a huge screen in front of you that makes it look like you are on a crazy ride. Years ago they had the BACK TO THE FUTURE RIDE and it was waaaay better. This ride smelled like feet and you can clearly see the screen so it wasnt scary…I was just shakin not stirred.

…Homer trying to creep on me. He better back up! lol

I wanted to go on the “Tram Ride” aka Studio Tour the minute I knew we were coming here. Its a 45 minute tour that takes you around the back lots where famous movies were filmed. A lot of the sets are still there, and tons were being built for up and coming television shows and major motion pictures (movies).

Apperently these sets were used for sense in INCEPTION and THE GHOST WHISPER just to name a couple.

Cheese!!!! Ryan trying to be cool, I was bugging him for a picture while he was trying to listen to our tour guide haha.

Tons and tons of cool cars from the movies. Here are two from FAST AND FURIOUS.

BACK TO THE FUTURE!

Watch out….KNIGHT RIDER (reminded me of my friend Erik)

Cool thing that I learned is that most movie sets that are out of the country are shot here in LA and they set up props like street signs to make it look like another country. These are props used to make the streets of San Diego look like Japan for FAST AND FURIOUS TOKYO DRIFT.

These stunt cars are controlled by huge remotes to give the allusion of cars jumping high in the air, I think they are mostly plastic too.

Welcome to Wisteria Lane, home of the Desperate Housewives. The neat thing was to see the fancy cars in the driveways that are just sitting there collecting dust because they are just set props that get driven probably 100 miles in a season. All the plants flowers and trees are all plastic so they dont die or change colors during days of filming. 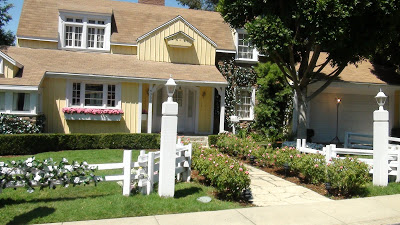 WHOVILLE the set of The Grinch. This movie was filmed in 2000! They are adding too it for this holiday season. 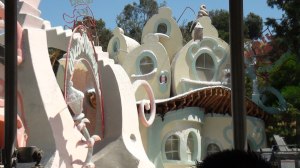 The Bates Motel, the surviving set of the PSYCHO movie. The other was lost in a fire 3 years ago along with the huge KING KONG set. Theres even a little part where an actor, Norman Bates, comes out of the hotel carrying a presumed dead body…then walks over to the tram with a knife. Oh hell no, I would have fought him lol jk. 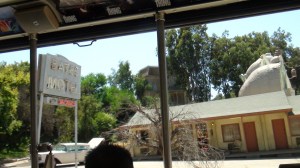 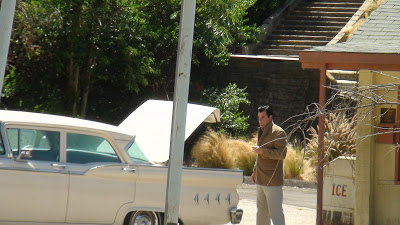 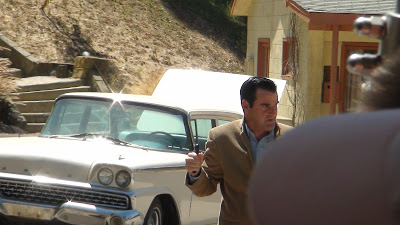 WAR OF THE WORLDS a real plane was used for this set. The crash scene was amazingly real looking. I can see how the actors can come off devastated walking around this set. 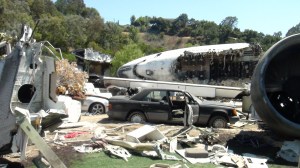 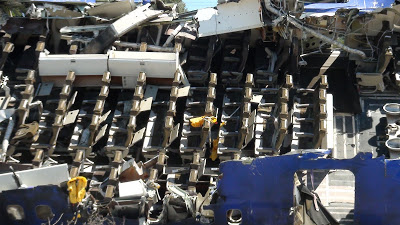 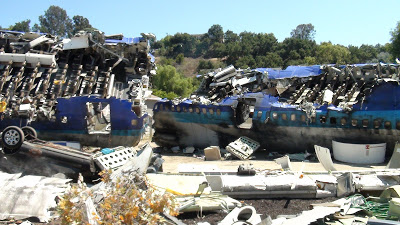 We went on rides saw some shoes including the Sound Effects show and WATER WORLD. We needed some fuel so we stopped at a Panda Express. It was over priced as expected but it did the job. I was full and ready to head to the exit. 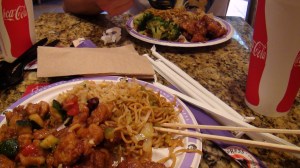 On our way out we ran into a interactive Donkey from SHERK. 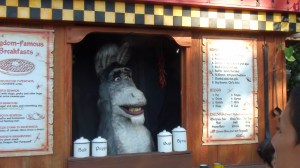 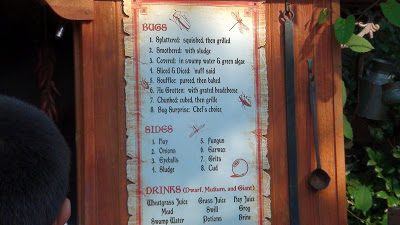 My feet and back are killing me still lol. It was a lot more walking than I am used to in one day. I had such a great weekend. I got my time a way and now Im back on the grind. I hope everyone had a fun and safe weekend…Happy work week!
*Latina Kisses*

Want to stay in touch?

FASTEST WAY TO CLEAN BRUSHES
2023 vs 2018 😌 That’s my esStoop, my chiiiiiinue, the pain in my 🥞✨ #oldman #babydaddy #husband #sick #beforeandafter #stillgotit
GET READY WITH ME
Go on a hike with us…
I can’t get rid of him 😌
I did it! ⬇️

Listen to My Podcast